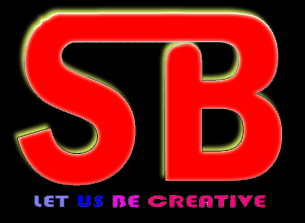 'Paradise' is a social creation. It includes creations about bitter truth of our society. It shows difference between what we say, what we think and what we do?

The Major Cast of stories is a poor Girl (and sometime his brother too). Who has to suffer the hate of society.

After first poem (which is in english) all next poems are hindi. Languege of this creations is damn is easy, since I considered feelings instead of words.

No way and no where I tried to hurt feelings of any society or any religion and if there is something like this please be patient and tell me about it.

Paradise I~ The Paradise

Night was getting slowly dark,
Everywhere was dog's loudly bark.

Houses were lighting in their lights,
Someone was alone here in night.

Sunk in sorrow and sorrow was deep,
She could not, but she wanted to weep.

Parents was no more, she was alone,
Far from her, were reachmen's home.

In their city, heartless wood,
Since the morning, she was looking for food.

She called everybody, completed many rounds,
Tried again and again, but nothing was found.

When nothong was remained, hided all hopes,
She had to try, tried someone to stop.

A priest was returning, from the temple,
With sweet like 'god's bless's sample'.

Who don't want it, to give it to them,
Girl watched him and called him with shame.

He didn't listen it, she called again and again,
Nothing effect him, all were in vain.

Wanted to give them, who don't need that,
Wasn't it sin, for girl in heart was hate.

Doing that work, what hope was in eyes,
Giving it to them, could he get paradise.

This hell is on earth, then where is paradise,
If there is any, could he get paradise.